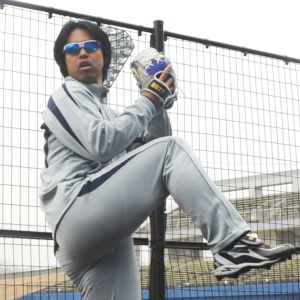 Kei Igawa was selected by the Hanshin Tigers in the 2nd round of 1998 draft. He started his professional career in the NPB (Nippon Professional Baseball) and played in the major team from his 1st year. Igawa’s 2003 season was an unforgettable year for him. In a single season, he won 5 major titles, including the league MVP, the E.Sawamura Award(Similar to Cy Young award), the Best Nine Award, the league ERA leader, and the most winning pitcher of the year. After 5 straight seasons with a double-digit winning record, he finally got a chance to play in the MLB. He played with NY Yankees for 5 years, from 2007 to 2011, however returned to Japan to play for the Orix Buffaloes in the NPB league in 2012. Even after leaving the league, he is still enjoying his professional career in an independent league in Japan, or as individual.